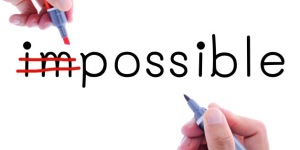 The definition of an optimist is “a person that believes that this world is the best of all possible worlds or that good must ultimately prevail over evil.” I am an optimist and have always believed in the goodness of people.

The hurricane Harvey has nearly destroyed Houston and it continues to hammer the gulf cost, with almost 50 inches of rain falling on this community of almost seven million people. The record-setting storm just hit land for the second time this morning and the rain keeps pummeling the suffering citizens.

Even Mother Nature can be filled with evil and fury just as humans can, but was this caused by God? When horrific events occur, whether from humans or natural disasters, people cry out in pain, “Why God? Why did you let this happen? As an optimistic Christian, I choose to believe that life just happens, both good and bad. But God is standing with us at all times, ready to provide answers to our problems and to help us heal from our sorrows. We only have to open our hearts and listen intently in the quiet hours, late at night and early in the morning.

I have endured more pain and sorrow in my life than I ever imagined as a young child. It took five years and one miscarriage to finally conceive my son Jason, the light of my life and the loving father of my precious grandchildren. I have been called naive many times since I was a young woman trying to get a much needed job in St. Louis. I needed to move there with my two little boys, Jason and another precious little boy named Justin, who was diagnosed as profoundly mentally retarded at only eight months. I refused to accept this label, and I was desperate to find a school that would make him whole.

My husband refused to leave his home town, so we divorced and I moved away alone with a 2 year old and a 4 year old in tow. Justin’s doctor was right, Justin never developed beyond a two-month old baby, and lived to age 29, a shallow life stuck in a bubble of never walking without assistance, not able to talk or feed himself. But as my dear dad said one time, “Justin will never know the pain of a lost love, have to fight in a war, or know what sorrow is.” He was so right. Justin never broke any of The Ten Commandments in his life. How many of us can say that? He never experienced evil in his life, he only encountered people who loved him and helped him every step of his troubled, but free of evil life.

I have faced evil several times in my life but I never allowed it to crush me or defeat me. Twice it came from unfeeling comments from the wife of a church deacon. It caused me to leave the church, not to return for almost thirty years. My life is once again in turmoil, as I go through a season of change. It has been coming for many years but finally culminated during the past six weeks. During what should be some of the darkest moments in my life, new people are rushing in and embracing me.

My exposure to the good and evil ways of the world around me has never been greater than right now as well. This month, I experienced the kind of evil that I have never personally seen before. I stumbled upon a Christian bookkeeper who stole a huge amount of money electronically from a client of mine. She went to a Christian university and talks about God in her website. Pure evil and with no remorse that her disception almost destroyed a woman’s life and her family as well.

In the past six weeks, the door closed on relationships with my family and I have mourned the loss of these two beloved people. But the very next day, I started meeting people and charitable organizations who are devoting their lives to helping others around the world. They are helping to educate children who would never have had an opportunity without the help of these generous and kind people. I also started working with a Christian university in Phoenix and an amazing admissions counselor who held my hand as I decided to return to school, 44 years later than when I would have started in 1973.

I just completed the first of many online classes through this university, Grand Canyon University in Phoenix and it has transformed my life. Their president is committed to expanding their mission of creating critical thinkers, global citizens, effective communicators and effective leaders. Just words to many of you who will read this post, but give these simple concepts a chance to sink in for a minute.

I grew up in a world shaken by the Cuban Missile Crisis in 1962, listening intently to our next door neighbor boasting about his new bomb shelter that would only hold their tiny family of three. I laid awake at night fearing that my family would all die, while the neighbors and their young son would live. But I always wondered if they would be happy in their new lives if everyone else was dead.

Then John F. Kennedy was assisinated only a year later, followed by his brother Robert five years later along with Martin Luther King, Jr. a few months before.  It was almost too much for a young child to comprehend. The Vietnam war started the year I was born in 1955 and lasted until I was a young married woman in 1975. The “Make Love, Not War” movement might have frightened many adults including my own parents, but it was a glorious diversion from the killing fields in our own nation. I secretly dreamed of being one of those wild and crazy hippies who were merely voicing their love and concern for our world. Their method might have been a little wild, but was that worse than what was happening in our own country?

So what does “global citizen” mean? I’m not sure what Brian Mueller had in mind when he choose this as a mission for his university but I know what it means for me. We need to reach out beyond our circle of knowledge, our comfort zone of where we live and breath. We need to put ourselves in the other persons shoes, what do they need from us? Is it education, or mentoring, or just clean water? You can get by without food for three weeks, but without water you will die in three days.

Do we ever think about how many people around the world still lack just clean water? The next time you get mad because someone cut in line at Starbucks, think about how lucky you are to have that thermal bottle of water sitting next to you. Don’t take any of your blessings for granted. Instead do something to help people who are suffering and just need the few basics in life that we all have an abundance of.

There is a popular book called “Progress” by Johan Norberg that came out last year. He used statistics from the United Nations, the World Bank, and the World Health Organization to write this book full of optimism and hope for humanity. His data shows that we have tackled issues that were once deemed impossible and that we are currently living during the best time in history. The human race has never been richer, healthier, smarter, freer, safer, better-fed or more educated. Things will continue to improve if we keep faith in human ingenuity, globalization and free markets, according to the optimistic author.

Global violence, whether homicide or war casualties, is actually in decline. Norberg also notes that most people tend be preoccupied with bad news, such as terrorism, which is much less common than in the past, but is reported much more widely thanks to social media and our unquenchable need for  24/7 news. Just think how JFK’s assassination would have been covered today by the media.

My solitary new life is a blank canvas yet to be painted on. I could be bitter and full of remorse and worry. Or I can choose to remain an optimist and hope for the best of all worlds. I know there is evil in the world, I have seen it and felt it deep inside my soul, but I will not be defined by someone else’s hate and anger. I will continue to loan money to people who don’t pay me back. I will give generously to people in need, like the folks in Houston who are desperate for water and food. I challenge all of you to give freely to the victims of Harvey, but don’t stop after it’s over.

Find a charity in addition to your community church and make small gifts all year long, not just at Christmas or tax time. You can also help charitable organizations through Amazon Smiles, where 1/2% of your purchase price will be contributed to your charity of choice. It won’t cost you a thing, just a minute or two of your time to help your charity.

Please join me in donating to the charity of your choice for the victims of Harvey. Thank you for making a difference in this joyous world of ours.