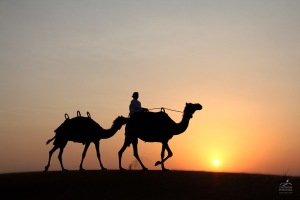 It’s been a deadly week of scorching heat here in Phoenix, an urban heat island surrounded by growing asphalt and concrete every year. At least 130 people died last year from heat related deaths, and it will grow even higher this year with rising temperatures which are the steady trend now. The temperatures hit new records all week, soaring to 122 on Tuesday, the day I had another doctors appointment in the northwest valley of Phoenix.

When I walked out around noon, the sky was stark white, the mountains looked pale gray and the cactus was washed out, absolutely no color at all.  For as far as you could see from this high point in the west valley, the weather was so hot that everything looked bleached out, the heat was almost silvery, shimmering through the air as new rooftops were going up across the valley. There is so much growth in Phoenix that temperatures will rise each year, with more heat absorbing materials covering the once sandy land that used to reflect the sun years ago.

As I looked across the valley, it reminded me of the old movies where nomads on camels would cross the dry hot desert, nearly passing out from the oppressive heat. Their excitement would grow as they spotted an oasis in the distance, with cool and clear life-renewing water. But it was merely an illusion shimmering in the blazing sunshine, blistering everything in sight.

That’s what it feels like for me right now.  I keep picturing how lovely Denver will be once we get there, with its 60 degree nights and 85 degree days.  But it seems like merely an illusion as we wait to have the new air conditioner installed, one that we have to pay for ourselves. Here we sit, suffering through this ungodly heat instead of being in Denver with our grandkids. The AC has been failing all month, while One Guard, our home warranty company that is based here in Phoenix, does absolutely nothing. They refused to come out three weeks ago because it was too hot, and now they also refuse to communicate with us or help us in any way.

Our house is beginning to feel like that same shimmering, bleached out desert valley that I looked across a few days ago.