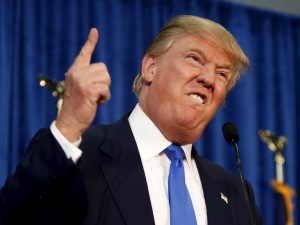 I was sitting in church this morning, listening to a message based on one of the Ten Commandments “Thou Shall Not Lie.” Suddenly my mind lit up like a pinball machine, firing on all circuits, those little silver balls spinning through my brain. My fingers couldn’t write fast enough to keep up with the disturbing thoughts that were bottled up in my head.

I realized that for the past month I have been writing stories that were based on people who lie when they don’t even need to. There are folks that make up excuses for not being able to do something, when the truth would have worked just fine.  Then there was the dentist a few weeks who told us blatant lies about the condition of our gums through his pearly white teeth. And then the mother who never told her son that his “dad” was actually his uncle and his “uncle” was actually his dad. There were many more stories I had written about people who bare false witness, a term used in the past.

Lying is nothing new. It’s been a part of society since the beginning of time. In some countries, lying was handled quite easily.  If you lied, you died. The first sin in this world involved a lie told to Eve; “It’s alright to eat that big red juicy apple,” Satan said to her. Well, you saw how well that turned out for her and the rest of humanity. The Ten Commandments that were given to Moses on stone tablets include “You shall not bear false witness against your neighbor” (Exodus 20:16). There are numerous mentions of how liars was treated in the Bible but as time evolved and Egypt became more civilized, they would just cut off your nose and ears. Maybe not quite as bad as death, but pretty awful if you ask me.

So I am sitting in church thinking about how the media and social media assume that all Christians support and love President Trump. Along the campaign trail he met with a few religious right leaders and threw in a few passages from “Two Corinthians” and they fell in love with the man with an orange face and weird hair. The media threw all of the rest of us Christians under the bus, assuming we agreed with the outspoken very far right Christians and their adoration for this brash and crude candidate that no one ever thought would win.

This is American and everyone is entitled to their political beliefs. My mother is embarrassed to share my stories from my “Embracing Life” blog that I write each day, for fear of offending her friends. I have held back and written only stories that state my concern over the growing hatred in this country as a result of the cruel and mean rhetoric that was used in his campaign. I wrote a story called “Love Trumps Hate,” and it has been one of my most popular stories read around the world, even in the Middle East.

Therefore, I am going to explain in detail why I am surprised and disappointed that Trump was elected and continues to be supported by many of my friends and family. I do not mean to offend anyone with this statement, but how anyone can still support and admire Trump, after all the vile and stupid comments he has made, while you ridiculed Barack Obama and his family for eight years, is mind boggling to me.

Trump has no redeeming morals, he has cheated on his wives, his five children have three different mommies, he makes fun of disabled people and says horrible things about what he does to women. Just think of all those cute little pink knit hats that everyone wore at the Women’s Marches around the world. A picture is worth a thousand words.

Obama has always shown love, respect and admiration for his wife Michelle and their two girls, Sasha and Malia. He has been restrained and never reacted to the millions of horrible comments made about him and his family, too racially ignorant to even write about here. If anyone had a right to tweet about his hurt little feelings, it certainly would have been him. And yet he took the higher road, Michelle stating ” When they go low, we go high.”

This is not a political statement supporting only Democrats. I have voted for both parties in my lifetime. I voted and supported George Bush over his eight years in office. I thought he made some bad decisions, said some really stupid things like “strategery” but I respected him for his strong morals, his honesty and his moving and sentimental messages that brought the country back together after 9-11. He is a good man, husband and father who diligently served our country during a very difficult time.

I did not vote for Bill Clinton, despised him while he was in office but not just for his infidelity. I didn’t like the way he could look right into the camera and say defiantly, “I did not have sexual relations with that woman.” We all knew that he had, the blue dress was proof of that but we accepted his lie and went on with life. However, Clinton has done many wonderful things in his life since his infamous eight years in the White House, and for that I respect him. He has to live with his past, his older and wiser face reflecting the shame and regret now that he’s a grandfather.

That’s where my problem begins with our Liar-in-Chief. Trump has shown consistently throughout his life, by both his words and actions that very little of what comes out of his mouth, or what he tweets about on Twitter, is actually true. Mental health professionals around the world have indicated that he is a very sick man, narcissistic, and completely unable to tell the difference between right and wrong. His success in life was only because he surrounded himself with intelligent people that would help guide him in important decisions, including Ivanka who helped him decide who should get “fired” on his TV reality show.

Most religious people, including many ministers, pastors, priests, and rabbis have been asked whether they believe Trump is an effective world leader, and most say no. His approval ratings are lower than any president ever before, and continue to plummet lower and lower. These religious leaders believe it is important to pray for him and our country and support him as our president, but that doesn’t mean they respect the man who is leading our nation.

We are taught as children in Sunday school that we are not to lie, that our words determine the justice of someone else’s life. If we lie about someone cheating on a test, that other person gets into trouble and this simple act may change the course of their life. We are taught that the goodness inside of us is expressed through our words and actions, and when we gossip about others or make fun of them, it’s really the evil inside of us coming out.

We go through life encouraging our children, saying nice things about our co-workers, about how great our neighbors are, and then we’ll say something really nasty and hateful about someone we might not even know that well. How can the very mouth that was expressing kindness and gratitude one minute, turn around and gossip about someone else? We lie about the smallest of things and they become part of our soul, our very core, changing our morals along the way and we don’t even know that it’s happening.

We have become so used to lying to ourselves, that the false statements from Trump that start every morning with a banner running across my phone, slide right off of us like a Teflon pan. Most people don’t even cringe when they read another ridiculous tweet or hear another insane comment come rolling off his tongue.

Other countries are incredulous, why did the electorate vote for this buffoon? We elected a TV hype man, who had no government experience, was surrounded by golden gilt and more money than anyone should ever have. He was the most repulsive, rude and uncouth candidate that I can remember in my life. He ridiculed people every day, said horrible demeaning things about his fellow Republican candidates, misspoke often, stumbled around in his speeches and his tweets were even worse.  I mean, did anyone ever figure out what “covfefe” meant? I just knew that when he said “I could stand in the middle of 5th Avenue and shoot somebody and I wouldn’t lose voters,” that the campaign was over for him.

I was wrong. Then the tape was discovered that played around the world, about him being a celebrity and he could f*** any woman, any time and grab their pussies. “That surely will stop him in his tracks,” I thought. Nope, nothing did. The hatred many people felt about the Clinton dynasty was so strong that 50% of the voters, said “Screw it, I’m not even voting this year.” A majority of the remaining voters did end up voting for Clinton, but our lovely Electoral College got involved and the rest is history.

I am shocked and concerned that at least 25% of our nation thinks it is perfectly fine to elect a man who has cheated on his wives, said horrible and demeaning things about women, made fun of disabled people, and lies about his “working weekends” at Mar-a-Lago while he golfs all weekend at the taxpayer’s expense, no MY EXPENSE. He has accomplished absolutely nothing in the past 4 ½ months and he is a total embarrassment to our nation.

While in Europe last month at the NATO summit, he was unbelievably rude and pushed aside a prime minister with his tiny hands to get up to the front. Many of those leaders were photographed snickering and laughing behind his back. He rode around in a golf cart, while the other leaders walked through the streets of Brussels. He looked just like the rich bully that he is, and yet we all just laughed and watched the video of him shoving the prime minister aside, over and over and over again. We were appalled and amazed and stupefied over this immature act of our great leader. Then he visits Israel and states he “Just got back from the Middle East.” Where does he think Israel is? In North Carolina?

This is America and everyone is free to vote for any political candidate they choose and to contribute to any political group that is aligned with their core beliefs. I for one will not support anyone who lies to our nation, to other countries and to himself. Truth is the most important thing we learn about in the Bible and is more important than compassion. Without truth, there is no justice in our world and the lies that are said can completely transform the world.

Evil leaders, such as Stalin, Hitler and now ISIS, use false truths to permeate and infect an otherwise compassionate society. Our world leaders must be authentic and bold, have integrity and intelligence, strength and yet complete control of their impulses. They must have high morals anchored by honesty and goodness in their soul, to be prepared to fight and destroy this type of evil. Leaders like Nelson Mandela, Abraham Lincoln, Winston Churchill and Mahatma Gandi have fought evil and they valiantly prevailed. We desperately need that type of leader to guide our nation during this turbulent time.

The Liar-in-Chief is not that man.